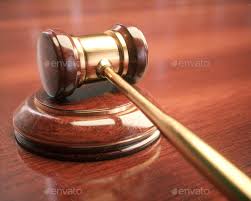 2.   It will be necessary for all students to have knowledge of parliamentary procedure and event rules while competing in Congressional Debate.

3.   Each bill or resolution must be written in the appropriate format.

4.   Each school that has students in Congress will receive a copy of all bills and resolutions to be debated at least two weeks prior to the tournament.

5.   Each school must designate one Individual Events judge to be placed in the Congressional Debate judging pool. The designee should have knowledge of parliamentary procedure and Congress rules. One judge in each session shall also serve as Parliamentarian. There will be a minimum of two judges per session.

6.   All debate in Congressional Debate is done via proper parliamentary procedure.

7.   There will be a minimum of two Congress sessions at each tournament.

8.   A seating chart will be prepared in advance based on the names of students submitting bills and resolutions.

9.   At the beginning of each session, the Parliamentarian will conduct an election to select a Presiding Officer who will preside over the Congress session.

10. All contestants will be scored by each of the judges based on his or her participation in congress as well as the delivery and effectiveness of his or her speeches.

11. Contestants entered in Congress may not enter another event.

13. Election procedures concerning the Presiding Officer and awards will be conducted by a Parliamentarian and a member of the Executive Committee.

To avoid plagiarism, students must bring to the tournament a typed copy of his/her speeches showing documentation in either MLA or APA style, which includes in-text citations and a Works Cited (MLA) or References (APA) page at the end.  The contestant should be ready and able to turn in a copy of speeches to the judge or tournament director if asked.

ORDER OF BUSINESS IN THE SESSION

Roll call of members and confirmation of seating chart

Setting of the docket

Floor debate on bills and resolutions

The presiding officer be elected secret ballot. The PO will be elected by a simple majority vote. The PO shall follow parliamentary procedure. He or she will consider bills and resolutions in the porder in which they are placed on the docket unless rules are suspended through parliamentary procedure. It is the responsibility of the PO to keep time, recognize speakers, maintain order, and keep record of the number of times each member has spoken. The PO must gavel down a speaker at 3 ¼ minutes. The PO may not relinquish the chair to debate.

All speeches are limited to three minutes. There is a mandatory question period after each speech lasting no more than one minute. When a speaker has made three speeches (this does not include questions or motions) he or she may not be called upon during that session by the PO unless no other member wishes to speak.

A member may not yield any portion of his or her speaking time to another member except for a question. If a member wishes to ask a questions, he or she should rise and say, “Mister/Madam Speaker (President) will the speaker yield for a question?” The chair then asks the speaker if he or she wishes to yield. If not, the questioner will resume his nor her seat and should not interrupt again. If the speaker yields, ask one question quickly and concisely. A speaker may choose to answer questions only after completing a speech, if there is time remaining.

The correct way to obtain the floor is to rise immediately upon conclusion of speaker’s remarks and say, “Mr. (Madam) Speaker (President).” If recognized, the member may then proceed to make a motion or present a speech. Only the member recognized by the PO may speak.

Under no circumstances is a member allowed to argue with the PO. If a member believes the PO has made a serious error, he or she can “Rise to a point of Parliamentary Procedure.” The PO will respond by saying, “State your point.” If a member still does not agree with the PO he or she may “Appeal the decision of the chair.” This motion requires a second. The member making the appeal may explain his or her reason. The PO may respond. A vote is then taken and it is the final decision. The Parliamentarian is the final authority on rules, but should only intercede when absolutely necessary. The Parliamentarian should not interfere with or influence the Congress session.

The motion for “previous question” should not be overworked. As long as a member has something to say that advances the debate, he or she should be given the opportunity to say it. When no one wishes to speak, a vote should be taken. It is not necessary to “move to previous question” to take a vote.

When referring to another participant, use the following titles: “Senator…” or “Representative…”

What should be written on the amendment form is as follows:

Author (of the amendment):

Wording of the motion:

Bills and resolutions must be submitted in the following form:

2. No longer than one page (one-side only)

3. Use between 10-12 font, preferably Times New Roman or Arial style

3. Each line is numbered, not just each section

4. First line of a bill: “Be it Enacted by the Student Congress assembled that…”

5. The first line of a resolution (after each Whereas clause): “Be it Resolved by the Student Congress assembled that…”

A bill, if enacted, has the force of law. It tells in an imperative mood what policy is to be adopted, when it is to go into effect, who is to oversee its implementation and enforcement, and what penalties are to be assessed for violations.

A resolution is a recommendation of action and has no enforcement or penalty clause. It expresses a conviction or belief and usually centers debate on the broad principles of a concept. It does not carry the force of law.

A resolution has whereas clauses, but a bill does not. A bill is written in sections, but a resolution is not. Both should focus on national or state issues of importance.

For further clarification, refer to the samples included in this packet.

A total of the judges’ points will determine 1st through 6th place.

The members of Congress will vote at the end of the final session to select the Best Presiding Officer.

A participant may refer to this list while participating in a Congress session.

2.         Section 1: All candidates for the office of President and Vice-President of the United States 3.     must make their medical records public at the time they announce their candidacies.

4.         Section 2: Every two months after that time until the general election they must re-release

6.      Section 3: Any candidates failing to comply with the above section will face a fine of

A Resolution to Eliminate Politically Correct Language in Colleges

1.         Whereas: Restrictions designed to hinder the expression of ideas violates the First

3.         Whereas: All Americans are entitled to voice their opinions under the Bill of Rights, and

2.      Whereas: College campuses are open forums for the discussion of divergent viewpoints,

3.      Therefore Be it Resolved by the Student Congress assembled that all politically correct

6.         language requirements be eliminated from college campuses and curricula.